The transponder key has been developed with the use of modern technology to provide a better alternative to a regular car key. Most modern vehicles require the use of transponder keys to start their engines and lock and unlock the doors. Many drivers have come to appreciate using transponder keys for their ease of use and the additional security that they provide.

A transponder key consists of a small, handheld device with a computer chip that locks and unlocks a vehicle's doors with the push of a button. Transponder keys can also be used to open vehicle trunks without having to insert any keys into the locks. A vehicle that has been programmed to work with a transponder key won't be able to start without using the corresponding key.

No More Fidgeting with Keys in Locks

Trying to unlock a car door by inserting a key into the lock can be a cumbersome ordeal. If the inside of the lock is frozen because of the cold outdoor temperature, the key may be nearly impossible to turn and can break if too much pressure is applied. The paint near a lock may also get scratched because of poor visibility when trying to insert the key at night. Transponder keys prevent these problems by eliminating the necessity of inserting keys into locks and instead can be operated by pushing a button.

Reduces the Chances of Vehicle Theft

Standard vehicle locks are much easier to pick, and clever car thieves know how to hotwire most standard lock-and-key ignitions to start the vehicle's engine. Transponder keys make these tasks nearly impossible for thieves and have worked well to lower the number of auto thefts. Transponder key programming prohibits anyone from starting the engine if the corresponding transponder key isn't used.

Locks Doors All at Once

Another security issue that often arises is when drivers forget to lock certain vehicle doors, which can increase the chances of vehicle break-ins and theft. When the lock button is pushed on a transponder key, all vehicle doors can be locked at once so that there will be no need to check to see if each individual door is locked. 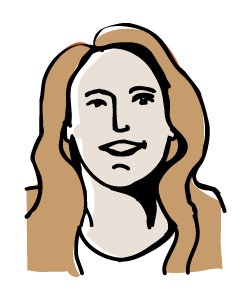 There are a lot of things that I am incredibly patient with, but employee theft is not one of those things. Unfortunately, a few months ago I discovered that some of my employees were stealing, and it was really difficult to cope with. I knew that I had to do something to tighten things up, so I began going through and thinking about different ways to eliminate the issue. After improving record keeping and focusing on building security, things got a lot better really fast. I wanted to start a blog all about improving business so that you would know how to keep your company safe.